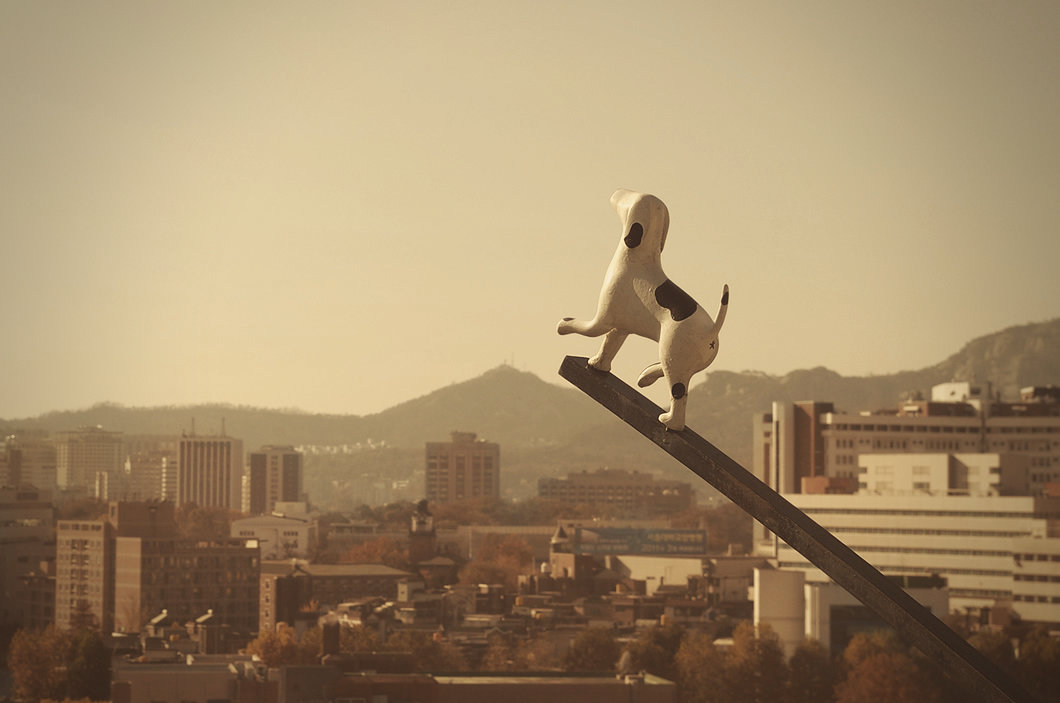 A dog was told a paradise exists at the end of the world. It decided to embark on a long journey in search of it. After three years of travelling and many difficulties, it finally reached the end of the world. However, there was no paradise; there was only an ocean and a cliff. The dog fell into despair. Just then, an artic tern hovered above it.

"Hi there, I've never seen a dog in this part of the world in the last twenty years. You're awesome."

"Sigh, I've been fooled. There is no paradise at the end of the world."

"I've circumnavigated the earth twenty times, I know for sure there is no paradise on earth. However, when I revisited the "end of the world" every year, it looked more and more beautiful and more like paradise to me. The place has not changed but I have. Look inward, I believe the paradise is already in you."

An art installation of a dog standing "precariously" at the edge of its path caught my attention. As I moved closer to it, a view of Seoul in late autumn opened out before me. I was content seeing Seoul from afar. As the saying goes, "멀리서 보면 더 아름다운 세상".